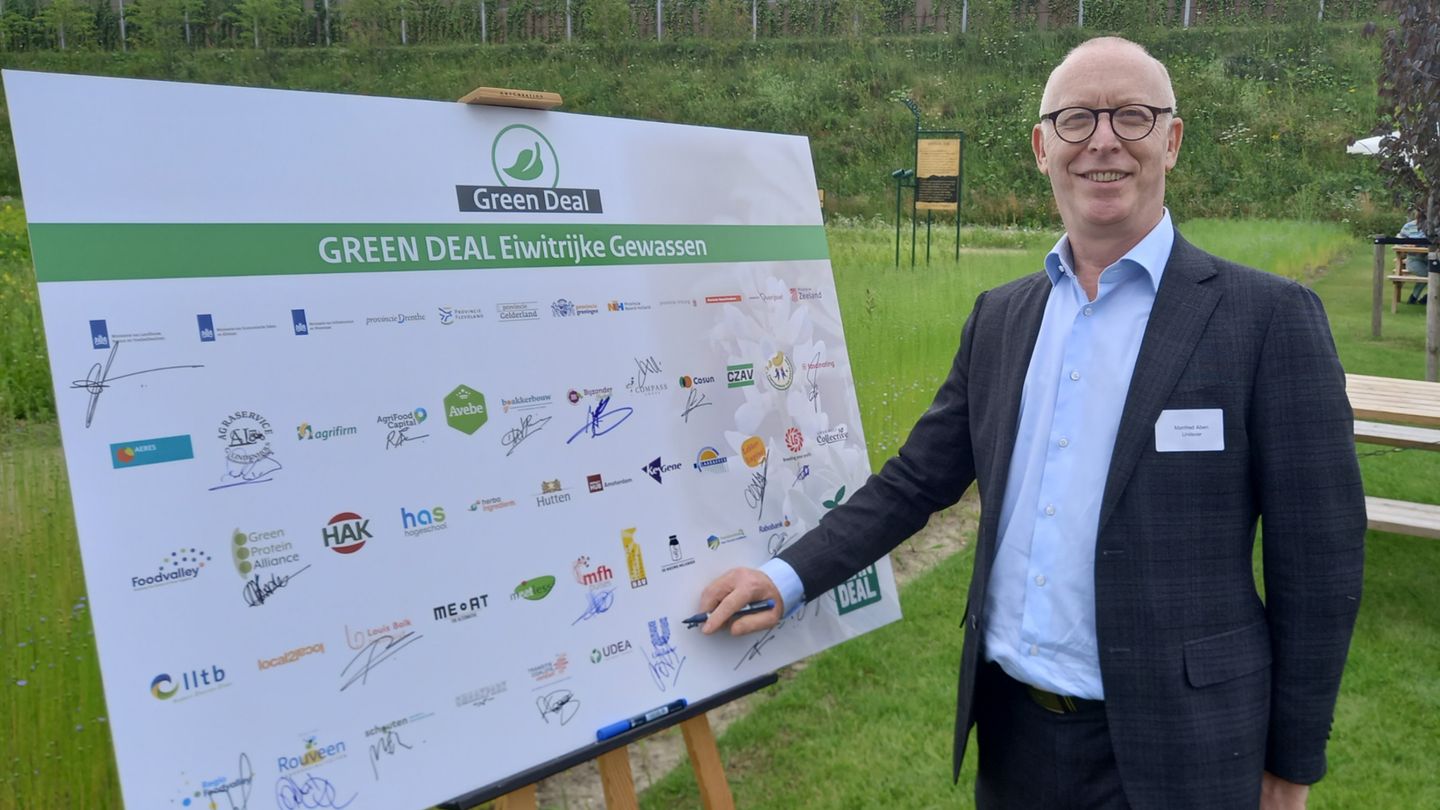 On Thursday 14 July 2022, 56 Dutch organisations committed to the national Bean Deal, as this Green Deal Protein-Rich Crops was playfully named. The aim of the Bean Deal is to stimulate the cultivation, processing, and consumption of protein-rich crops in the Netherlands. This enhances the earning power of the farmers, contributes to the protein self-sufficiency, and adds to the sustainability of farming.

Dutch Minister of Agriculture, Nature and Food Quality Staghouwer signed the Deal and is enthusiastic: 'By means of this Green Deal, we are putting our shoulders under a major challenge. It is now important that we turn our signs into deeds. Together with all parties, we can turn crop cultivation into a healthy economic model and valuable for soil and biodiversity.' 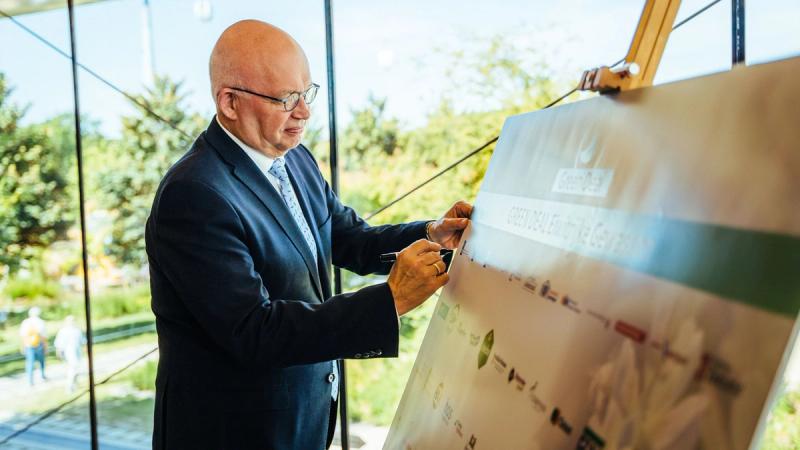 Marjolein Brasz, Managing Director of Foodvalley NL and Chairwoman of the Steering Committee of the Green Deal Protein-Rich Crops: 'Even working on this deal already catalysed changes along the chain. It made farmers unite, farmers work together with caterers, processors with retailers. And with great result: farmers united in a production organisation the Dutch Protein Farmers, a Dutch faba burger was introduced and a coalition between a small protein farmer and a diary giant got smitten'.

As Unilever has put plant-based foods at the heart of our strategy, this collaboration between farmers, academia, and companies throughout the value chain is an important milestone to meet the growing demand of plant-based ingredients. The nitrogen-fixing crops can also bring value as rotational crops for soil, biodiversity, and yield-increase. The Green Deal Protein-Rich Crops, in cooperation with the government and the chain, will make cultivation of the crops economically appealing again.

This Bean Deal encompasses 43 efforts of parties along the entire chain, from farmers to caterers, and crop breeders right into the curricula of schools. Unilever is collaborating with academia and partners to fast-track the protein transition.